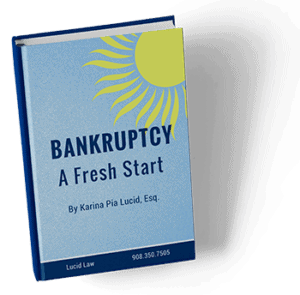 GET MY COPY NOW!

Karina Pia Lucid is an experienced and dedicated New Jersey bankruptcy lawyer. We handle every bankruptcy case with respect, care, and compassion to ensure that the individual needs and interests of our client are met.

From a giant corporation to a single person with financial trouble, we provide the highest quality New Jersey bankruptcy representation available. With locations in Liberty Corner, NJ & Morristown, NJ we solve debt problems for people in Elizabeth, NJ and Somerville, NJ and the surrounding communities. Unlike some bankruptcy law firms in New Jersey, we do not outsource appearances to non-attorneys.

We help individuals and small businesses obtain relief from their financial burdens through bankruptcy.

Filing for bankruptcy is a very personal matter – and we can talk to you to figure out when is the best time for your individual situation.

We represent ordinary people who have fallen on difficult financial times to file chapter 7 bankruptcy, chapter 13 bankruptcy and even chapter 11 bankruptcy for larger bankruptcy cases. We have experience with consumer bankruptcy filing in New Jersey. We understand your situation and will work with you to find a solution in bankruptcy.

Creditors often need representation in bankruptcy proceedings in New Jersey. Creditors have a lot at stake and require an experienced New Jersey bankruptcy attorney to protect their interests.

We serve bankruptcy clients with cases proceeding in the United States Bankruptcy Courts for the District of New Jersey in Newark, Trenton and Camden Vicinages.

SPEAK WITH A BANKRUPTCY ATTORNEY!

Here at Lucid Law, we provide our clients with high-quality legal representation in Somerville bankruptcy cases.

We help individuals and small businesses obtain relief from their financial burdens using the power of U.S. Bankruptcy Law in Somerville, NJ.

CONSULT A BANKRUPTCY ATTORNEY NEAR ME

Somerville is a borough in and the county seat of Somerset County, New Jersey. Somerville was settled in colonial times the Dutch who purchased land from the English proprietors of the colony. The Dutch established their church near what is today Somerville and a Dutch Reformed minister or Domine lived at the Old Dutch Parsonage from about 1754. The early village grew up around a church, courthouse and a tavern built at a crossroads shortly after the American Revolution. The name “Somerville” was taken from four brothers of the Somerville family, William, Edward, John and James from Drishane and Castlehaven, County Cork, Ireland, who first founded the town in the 1750s.

Karina Lucid Law’s office is a short drive away from Bridgewater, NJ. If you can’t make the time to go in person, give me a call and we can assess your case via Zoom or even on a phone call. We know financial troubles are already hard, so we want to make it as easy as possible for you to work with Lucid Law’s bankruptcy professionals.

Our bankruptcy attorney says bring us your lemons…

Life has given you lemons; we have the perfect lemonade recipe for you.

As a solo practitioner, Somerville New Jersey bankruptcy attorney Karina Lucid brings together the know-how of a successful small business owner, the skills and experience of a big firm bankruptcy litigator, and the balanced approach of a seasoned negotiator. Providing the best bankruptcy representation
possible is what she wants to be known for in New Jersey. 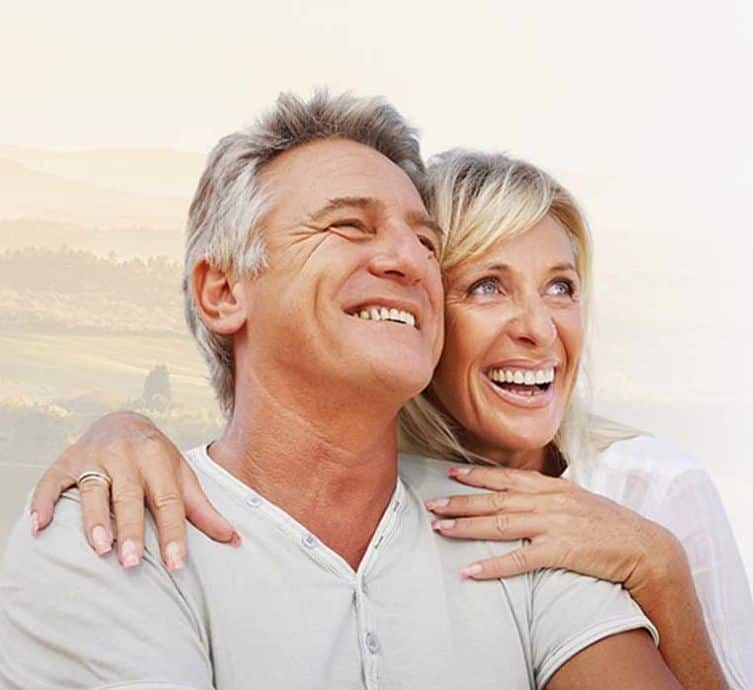 What Clients Have To Say…

Let’s face it.., if you are looking for a bankruptcy and/or debt litigation/mediation attorney, most likely is does not fall under the category of one of the greatest times of your life. In fact it can have a severe emotional toll on you and your family…, leading to fear, depression, and much more. I thank God that I met Karina. She literally is a light at the end of the tunnel, a tunnel that leads to a new beginning.

It is rare to find the expertise and professionalism combined with compassion and grace that Karina possess. She has held the torch for myself and my family. She walked us through the entire Bankruptcy process, ensuring us that all would be ok, leading the charge for the challenging uphill battle while remaining poised the entire way……

In such a troubling time her advice was reassuring compassionate and on point. She took the time to listen and not only provided top-notch legal advice but gave us clear direction in such an uncertain time

I found Karina to be professional, knowledgeable, accommodating, and pleasant. She communicated back and forth in a timely manner, and showed flexibility when needed. She was referred to me through a friend, and I will refer others to her as well. Thank you.

Is It Hard to Get a Mortgage after Bankruptcy?

Trusted New Jersey Bankruptcy Attorney I was once again interviewed [...]

What Happens When One Spouse Files for Bankruptcy?

I was recently interviewed by Karin Price Mueller for her [...]

Bankruptcy Happens – Even to the Famous

Bankruptcy happens. Maybe you experienced a catastrophic illness or filed [...]

Stop worrying about your debt problems. Get the financial freedom you deserve!