One of the major decisions an individual faces especially during difficult times is filing for bankruptcy. Unsecured debts brought about by mounting medical bills, credit card debt, and even unpaid utility bills can be hard to deal with especially if your monthly income is very limited. Some may have enough disposable income to file a Chapter 13 bankruptcy petition in the hopes of keeping some of their assets. But when times are hard, they eventually decide to file for bankruptcy Chapter 7.

What are the possible reasons to convert bankruptcy chapter filings?

This usually happens when, at the start, the debtors filed for Chapter 13 because they wanted to hold on to certain properties. However, during the course of the bankruptcy proceedings, they eventually decide that it is better to let them go. In such cases, a bankruptcy conversion is an option.

Are all debtors qualified to convert to Chapter 7 bankruptcy?

One of the eligibility requirements is to pass the means test, whether implicitly or explicitly. However, even if the bankruptcy court does not really require a debtor to pass the means test, it will very likely prevent debtors with enough disposable income to pay off creditors from converting to Chapter 7. This is part of the bankruptcy law that protects the process from being abused. For instance, some debtors may debtors with enough income and assets file under Chapter 13 and then, later on, convert it to Chapter 7 just to be able to get away from debt repayment. This goes without saying that, even if you were not able to pass the means test when you initially file for bankruptcy Chapter 13, it does not mean you will fail it in the middle of bankruptcy proceedings especially if your circumstances have changed.

Are there any requirements in the conversion process? 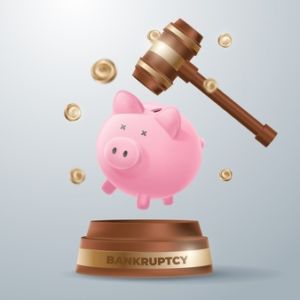 While most of the forms you filed for Chapter 13 can be transferred to your Chapter 7 bankruptcy filing, you will still need to update your bankruptcy forms to state your current earnings, debts, and expenses. You may include the debts you incurred after Chapter 13 filing and have discharged in the Chapter 7 bankruptcy proceedings if they are indeed dischargeable. Aside from requiring you to resubmit the same information even if your finances have not changed, some states also need you to submit forms pertaining to the means test results and any secured debts.

Proofs of claims by creditors automatically transfer from one proceeding to the next.  A creditor may submit a new proof of claim if there’s more money from liquidating a non-exempt asset. Any bankruptcy exemptions will use the same date as your initial Chapter 13 filing, you may get to keep any property you acquired after said date. As for the meeting of creditors, a new one will be set for your Chapter 13 bankruptcy proceedings.

How can the US bankruptcy courts force such conversions?

If you acted in good faith during your Chapter 13 bankruptcy process, the court probably will not likely force you to convert to Chapter 7. However, if you cannot put together a viable repayment plan or if you had been remiss in your monthly payments devoid of a valid reason, the court will be more inclined to dismiss your case altogether rather than force a conversion. If you are suspected of abusing the bankruptcy system or if you try to pay creditors less than the amounts owed, the court may also enact a forced conversion.

Is a discharge possible after a conversion?

Bankruptcy laws maintain that If a debtor has received a discharge under Chapter 7 within the last eight years, they are not eligible for a discharge under the same chapter again if they convert from Chapter 13. Although conversion to Chapter 7 is still possible,  many of the debts are still due even after the bankruptcy ends. They may be reduced by the bankruptcy trustee who will be liquidating your non-exempt property, but it would be more advantageous if you just liquidate the property on your own. You can get more from the sale in this way because there are no commission cuts that bankruptcy trustee is entitled to.

Are you looking into converting your Chapter 13 bankruptcy into Chapter 7? Or are you simply considering filing bankruptcy in general? An experienced bankruptcy lawyer will be able to help you.

While bankruptcies are beneficial to debtors seeking debt relief, the automatic stay, and the opportunity to a fresh start, bankruptcy proceedings entail paperwork that may be confusing and burdensome to certain individuals. Legal help from an experienced bankruptcy attorney will enable you to be more informed with the bankruptcy options available to you in the bankruptcy code. Our law firm, Karina Lucid Law, is here to provide you with the legal advice you need to make the right choices that will enable you to to a future that is free from debt. Call us now for a free initial consultation.